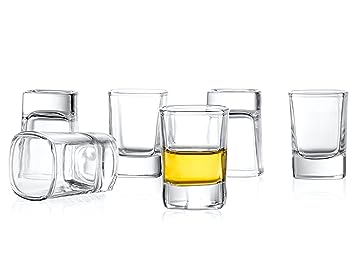 He cocks his head back and winces as the fluid rushes down his throat. He winces. I can sense the burning sensation that he feels, as I, myself had just experienced a similar sensation.

He takes a deep breath and looks at me and says, “I guess it’s time for another one.” He looks frustrated by this, disgusted even.

I pour the amber liquid into a couple of shot glasses. I roll the glass between my finger and thumb for a moment, deciding if I really want to do this- again.

I decide that I did and realized it’s best to get it done with quickly. So I tilt my head back and down the drink, doing my best not to have to taste the flavor as it hits my throat. My eyes water and my sinuses open up. I glance over toward him and his eyes are also watering.

“It’s some rough stuff.” He says, eyes twitching and mouth snarled. I nodded my head in agreement. My cheeks were burning.

My daughter walks into the room and looks at my son and me. We both look miserable.

“You don’t want to know.” My son responds. She looks at him curiously.

My daughter shook her head as she walked out of the room. “I thought you two were up to no good.”

“It feels that way.” He stated. “I may never eat a pickle again.” He added.