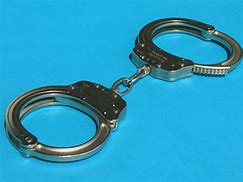 He comes down with a look of terror on his face. I can only imagine what was going on inside his head. I bet his heart was racing. He was pale and nervously bit his lower lip.
“Mom, I’m gonna get arrested.” He whines. He has a smile on his face, but his eyes were pleading forgiveness. He often hides behind a grin when he’s scared.
“What did you do?” I asked. My thoughts were somewhere between he must have realized he didn’t pay for an item at the store, to maybe he hit a car with a stone. I stared at him with anticipation.
He was hiding something in his hands. My head settled on he must have forgotten to pay for something at a store. I looked at him patiently.
“What did you do?” I asked again. He squeezes his eyes shut.
“It was an accident.” He manages.
“What did you do?” I ask again, ready to lecture him on paying close attention to the things he grabs when we go places.
He thrusts his little fist out to me and slowly opens his hand. I look and see a crumpled piece of paper. Immediately I realized the crime he committed. I started to laugh.
“You’re not going to jail!” I said between giggles.
“But it says…”
“I know what it says. Don’t worry when I was a kid I thought I was gonna go to jail for pulling my tag off my pillow too. You’re fine.”
“Why does it say that then?” I could see the relief on his face.
“You can’t pull it off at the store in case someone could be allergic to some of the ingredients.” I replied.
“Oh! That’s good.” He said, laughing. “I won’t ever do that, okay Mom?” He stated with enthusiasm.
“You’re a good kid. Now go back to bed.” My son will probably sleep much better tonight knowing that he’s not a felon.